The Dangers of Chinese Power (Humour)

China is on its way to becoming a World-Class Super Power Nation and the 8-8-08 Olympics is one of the many ways it is showing off. As downtrodden people from Burma, we need to be aware of the dangers of living next to this awakening Super Giant.

Below is a rewritten version of a translation of an article about how some reporter had the chance to dine in on boiled human baby soup. First the translation will be presented and then a brief discussion will follow.

“There is a trend in Kwang Dong Province of eating human baby herbal soup in order to increase sexual power and improve health. It costs 4000 Chinese yuan (about US $580) but a factory manager, 62 years old, swears it is worth it. It is made by eight hours of steaming and boiling the baby with expensive herbs and chicken and he eats it frequently as a customer in this particular restaurant. He pointed to his second wife, only 19 years old, and claims it is such a potent aphrodisiac they are able to have sex every day.

“The Baby Soup is called in the local jargon ‘Spare Rib Soup’ and is not available on a daily basis. The reporter who originally wrote the article in Chinese said that he had to wait a couple of weeks until a baby was available. A couple who had two daughters already had a third pregnancy which they aborted when they found out at 5 months it was again a girl. So they contacted the restaurant and sold their aborted daughter. Babies which are close to term (i.e. 9 months) cost 2,000 yuan (about US$ 290) The ones that are aborted earlier only cost a few hundred yuan (100 yuan is US 14.50) Just buying the placenta alone also costs a couple of hundred yuan (about US$ 30)

The reporter commented that the reason for this state of affairs is because: _

That is to say, most couples prefer to have boys so couples who have female babies abort them and health faddists buy them for their sexual and general health.

—end of the retranslation—

Did you have a feeling of nausea, or did you actually vomit looking at the pictures and reading the article? Did you have a sense of evil, an unspeakable feeling of horror, not only for the poor baby, but also for the selling couples, customers, and the reporter himself who overdid himself in being so “objective” in the face of such revulsive abomination? Notice how he ends with just two objective reasons: too much health-consciousness and too much one-baby-per-family government policy. He fails to talk about the utter callousness with which a girl-baby’s life is bought, sold, and eaten. He fails to condemn this unimaginable barbarism of a so-called Modern China.

What does this have in ramifications for our Freedom Struggle in Burma? China is hell-bent on conquering Burma but doing it very discretely through its puppet generals Than Shwe and the rest of the SPDC. 75 year-old Than Shwe himself is a cannibal who has eaten the body of a holy monk just to obtain superpowers, committing a multiple sacrilege, just like the 62 year-old factory manager aforementioned.

It means that Burma, already corrupted to the gutter level by SPDC, will sink even lower than the gutter when it is totally under the heel of the Chinese Neocolonial Power. We who used to bemoan the British Colonial Power, now behold the infinitely more horrible combined threat of the SPDC-plus-Chinese Masters. By observing how China has frequently supported SPDC no matter how criminally it has acted, we know how much, as a nation, China is willing to do to achieve power. Possessing the natural resources of Burma, and securing the passage through Burma to the Indian Ocean is a necessary step towards becoming a World Power, becoming a two-ocean naval power, just like the United States. So on a national level, China is willing to ignore the tortures and deaths of millions of people in Burma and elsewhere. We already knew that. Now, in this article, you know how, on an individual Chinese level, how unscrupulous a man can get in his quest for personal and sexual power. That is the Danger of Chinese Power. Individually, and then multiplied a billion times, nationally.

Put the two dictatorships together and what do we get? Utter and absolute worthlessness.

I know this article is sickening. The photographs are disgusting. But instead of surfing away and forgetting all about this article, remember it. Let it sear into your brain that this, and worse than this, will happen (as if it has not already happened) in Burma. And then say to yourself, NO. NO-NO! I won’t let it happen. We won’t let it happen. 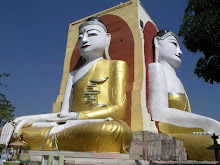